The Research Center of Excellence is located at the Stanford University Department of Neurology & Neurological Sciences, as part of the Division of Memory Disorders and the Division of Movement Disorders, which have rapidly grown into world-leading programs that are highly integrated and uniquely collaborative. Our Center includes seven Memory disorders and seven Movement disorders Physicians, four Autonomic neurologists and one physician assistant, two Sleep neurologists, Neuropsychologists, a Psychiatrist, Nurse coordinators, Social Workers, Genetics counselor, and Physical/Occupational/Speech Therapists. Recent developments include (1) the renewal of the Stanford Alzheimer’s disease Research Center (ADRC) in 2020 with a dual focus on cognitive impairments due to Alzheimer’s and Lewy body pathologies, and recruiting patients with Lewy body dementia (LBD), Alzheimer’s disease (AD), Parkinson’s disease (PD), and healthy adults; (2) the Pacific Udall Center (PUC) was moved to Stanford in 2016 and focuses on the underlying genetic and mechanistic etiologies for cognitive impairments in PD and; (3) establishment of an expansive clinical trials program. All of these clinical and research activities are on-site at our new state-of-the-art Stanford Neuroscience Health Center (SNHC).

Dr. Sharon Sha is a Clinical Associate Professor at Stanford University. She is the Medical Director of the Stanford Neuroscience Clinical Trials Group, Co-Director of the Huntington’s disease Center of Excellence and Ataxia Clinic, clinical core co-leader of the Stanford ADRC, the founding Director of the Stanford Behavioral Neurology Fellowship and leads the clinical trials for the Memory Disorders division. The majority of her clinical and research time is devoted to caring for patients with behavioral neurodegenerative disorders, finding treatments for them, and training the next generation to do the same. 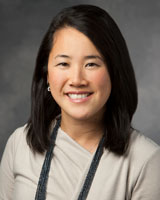 Dr. Kathleen Poston is Associate Professor of Neurology at Stanford University. She is the Pacific Udall Center Clinical Core Leader at Stanford and the ADRC Clinical Core Co-Leader. Dr. Poston’s research and clinical emphasis is to understand the cognitive and other non-motor impairments that develop in patients with Lewy body pathology. With this, her clinical practice is focused on caring for Parkinsonian patients with cognitive impairments and, for her research studies, she has recruited over 200 Parkinsonian patients with a wide range of memory impairments (PD with mild cognitive impairment, PD dementia, and LBD). 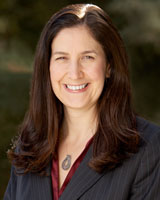 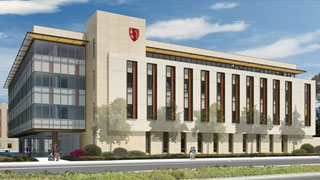