There were many times during the last year of Bill’s life that I asked myself that question.

The wonderful, kind, loving man that I had married 12 years earlier was vanishing bit by bit. The first diagnosis was Alzheimer’s and after doing some research and returning to the neurologist with questions, it was determined that Lewy Body Dementia was also present.

It was the aftermath of two surgeries that brought the suspicion of Lewy Body. Extreme sensitivity to neuroleptic medications caused uncontrollable psychotic behavior.

Times were difficult, dealing with the hallucinations and delusions, but there were also times of smiles and glimpses of the person I once knew so well. Like the time when he walked into the room where I was, and said, “you know I love you so much, will you marry me?” and then off to his unknown world again. I will always cherish that moment.

Bill was a man who believed that when you married it was no longer Me or You, but US. He was a man who gave his ALL, and would compromise without a thought of having to give up anything. A man who knew that “It was all about Love”.
I guess that is also the way it is with being a caregiver. It truly is “All about Love”.

Getting to live with a Lewy Body Dementia patient teaches us a great deal and when my journey with Bill ended, I decided that I had to do something to help educate others. I now co-facilitate a caregivers group in our town and help others walk through their journey. 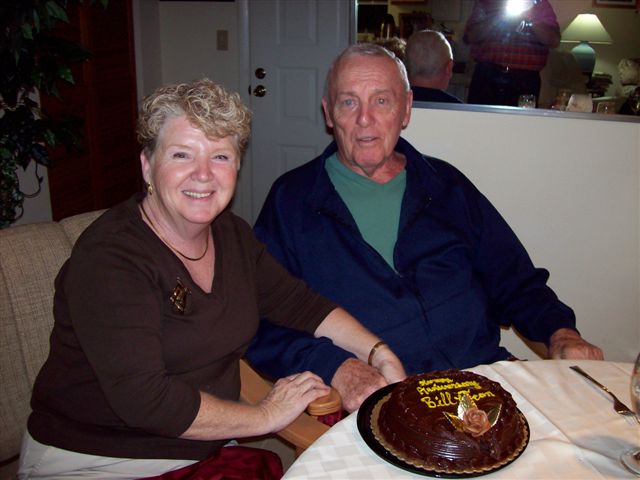