Travel is one of life’s greatest pleasures. Getting into a car or boarding a plane and being whisked away to another city, state, or country to explore its wonders always creates a sense of adventure, great memories, and the ability to understand how others live their lives. But the most important trip of my life did not involve a plane ticket or a car packed with luggage, yet it completely changed the way I saw my life and, more importantly, my father’s life with Lewy.

When my dad began his journey with Lewy Body Dementia, most of my emotions were, not surprisingly, sad ones. His mind was growing further and further away from me and I desperately wanted to stop its inevitable departure. I was like a child whose balloon had escaped her tiny grip, reaching out to get it back but having to watch helplessly as the distance between us grew ever wider. I was powerless over Lewy.

One day I put my sadness into a little box and set it aside for a few hours. Then I did something radical. Because he was no longer able to travel to where I was, I took a trip to Lewyville with my dad. I put my hand in his, closed my eyes, and suddenly I was transported to a land that only exists in my father’s mind. It wasn’t a long trip, but it was one I will never forget.

As I began to let go and shake off the last remnants of life as I knew it, my father’s reality slowly came into focus. In it were vivid sights and sounds and smells and tastes I had seen my dad reacting to for months. But here in Lewyville, they were real.

My dad was a carpenter, so the first thing I noticed about this land was that there were tools everywhere. There were hammers and screwdrivers and nails and screws. Some were on tables and workbenches but most were floating around freely, available whenever my dad needed them. When my dad reached out for what appeared to be air outside of Lewyville, I could now clearly see the hammer he was grasping and the nail he was reaching out to grab. Then he wheeled himself closer to the wall. Before we were in Lewyville, the wall appeared normal; now I could see the repair my dad had been called on the make. The wall was in serious need of a carpenter; clearly, my dad was the man for the job.

My dad turned his head to respond to someone asking him a question about a measurement. Before this journey, he appeared to be speaking to no one. Now I could see the other carpenters working with him.

When it was time for lunch, I saw a man seated at a table. As I walked closer, I saw that it was my grandfather. Soon my dad joined him and they sat together eating lunch, father and son laughing and chatting in German, my dad’s face so luminously happy I began to cry.

I looked out of the window and saw the 40 rabbits my dad had told my mom he saw out on the grass. It had seemed like an impossibility but there they were, a cluster of 40 rabbits that seemed, well, normal. One of the 20 men who were shoveling snow in the hallway outside my father’s nursing home room tipped his hat to me. I waved shyly, embarrassed that I had ever believed they weren’t truly out there, clearing the snow. I could hear the shovels as they scraped the surface of the floor.

And then there was this: everywhere I looked there were images. I saw scenes of my dad as a child, my parents when they were a young married couple, my brother and me as kids, my dad working. These vivid images would appear for a moment. My dad would acknowledge each with a comment, then the image  would fade away. As I watched these images come and go, I realized these were my dad’s memories coming into and out of his awareness. It was distressing to me when an image faded away; I wanted to hold tight to these images and the memories attached to them. But to my dad, they were just that: images that come and go like cottony white clouds, his attachment to them as elusive as to those clouds.

Everything in this land seemed normal because I was in Lewyville. I was in my dad’s new home and nothing that I saw or heard or tasted or smelled was unusual because this was as things were in Lewyville. This was my dad’s reality. This was home to him now. Soon it was time for me to leave and reenter my own reality. Before I left I told my dad how much I love him and he looked up at me, smiled, then reached out for a wrench.

I opened my eyes and I was still in his room, in the nursing home, surrounded by the sounds of caring aides carrying on their loving tasks. I had never left his room except in my mind. But traveling to Lewyville, even briefly in my imagination, enabled me to understand my dad with so much more depth and empathy.

Travel is typically fueled by a desire for adventure or relaxation. My journey to Lewyville, however, was taken for one reason: love. Understanding what he is experiencing in Lewyville gives me more compassion, more patience, and more love for the man who gave me so much all my life. I will continue this journey with my dad and we will walk this road together, step by step. And the next time he reaches into the air, I will hand him the tool he needs because I will know just where to find it. 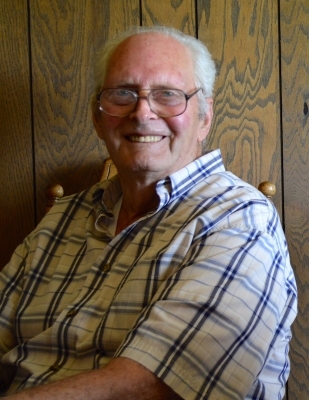