The dog was a Capgras* victim!!

Oh! The light has shed! Early on in the journey, my mother had frantically called me from her condo to tell me that the groomer picked up Sophie and never brought her back. This was before we knew how bad things were, so I believed what she said to be true and dropped everything to go over and investigate. When I arrived, I didn’t even check to see if the dog was missing because I believed what my mother said; instead I called the groomer and asked where the dog was. As I was talking to the woman I see Sophie on top of my mother’s bed. How embarrassing it was to try and explain my way through that one… I was so ready to yell at this poor lady for stealing my mother’s dog. So it was the CAPGRAS* dog that was taken by the groomer…. A-HA!

* “The Capgras delusion (or Capgras syndrome) is a disorder in which a person holds a delusion that a friend, spouse, parent or other close family member has been replaced by an identical-looking impostor.” (Source: Wikipedia – http://en.wikipedia.org/wiki/Capgras_delusion)
“Capgras syndrome is more commonly associated with neurodegenerative diseases, especially Lewy body disease, where visual hallucinations always coexist.” (Source: PubMed – http://www.ncbi.nlm.nih.gov/pubmed/18071040) 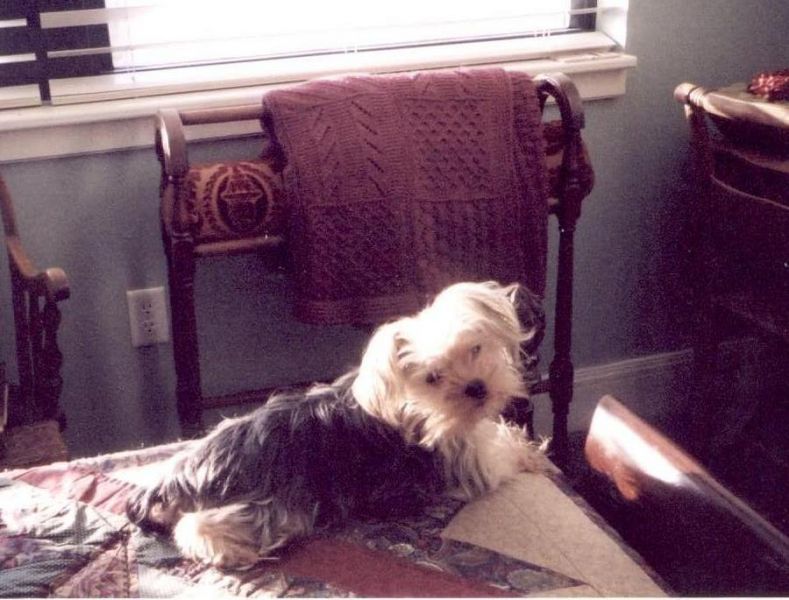