I was the one with pen in hand,
building imaginary worlds with words.
But my dad held the tools that built my life.

He constructed the foundation for his young immigrant family,
placing cinder block upon cinder block
cemented together by love,
framing a house with two by four pieces of integrity,
putting a roof over our heads to shield us from the storms of life.

He hammered respect into me
bolted a work ethic to my side
drilled loyalty into me
while ratcheting up my honesty,
then sawed off the pieces that hurt
and sprinkled my life with kindness that fell upon me
like sawdust.

Yet as the Lewy Bodies took over his brain
he continued to be the builder
reaching for hammers and screwdrivers and nails
that were now only in his mind.

He kept building even as the numbers on his ruler
morphed into rabbits
and the nails in his hand became shiny bits of glitter,
his imagination growing bigger as
memories became smaller and more distant.

I watch him alone in his room
pounding nails into the walls of his imagination.
He reaches for tools he cannot find,
so I pluck them out of the air for him
because I know right where they are.

As my foundation cracks under the weight of my sorrow
he is still building.
I walk into the room and pick up the sawdust of his mind
and sprinkle it over him,
a gentle shower of love
only the two of us can see. 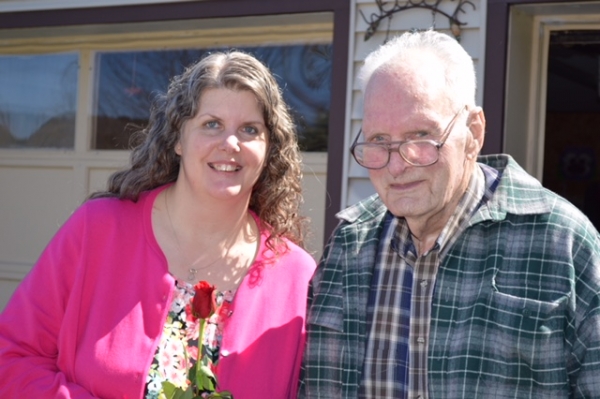