Our father had Lewy Body Dementia for at least 6 years without us realizing what was wrong. We thought his symptoms were just from normal aging since this all began when he was around 88 years old. This dementia doesn’t exhibit short term memory loss until the end stage, if at all. He never had short term memory loss at all, so this is why we always thought he was free from dementia.

We assumed arthritis, deafness, cataracts, hardening of the arteries, bipolar disorder, depression, halogenic hallucinations, and aging were the cause of his Lewy Body symptoms.
He had symptoms such as, pain, fine motor skill difficulties, understanding, visual spatial impairment, headaches, dizziness, depression, mood swings, faking for attention, being difficult to please, deal with, predict or plan for, tactile and auditory hallucinations, slow walking, falls and constipation.
On Christmas Eve he started to exhibit extreme unbalance, sundowning, mumbling, incoherent talk, delusions, illusions, and tremendous anxiety and the need to keep moving along with impatience. We now knew something else was wrong.
His doctor thought his depression and difficult nature could be attributed to dementia, but never explained dementia to us. We thought that because he was very old doctors automatically put him into a dementia category. We thought we really knew him and how intelligent he acted most of the time never showing any signs of short term memory loss. After all we took care of our mother, his wife, for 6 years with vascular dementia, so we thought we knew the symptoms that dementia would exhibit.
During the fall he started to have difficulty swallowing his pills. A day or two before Christmas Eve he said he was thinking of calling us during the night when he kept feeling the urge to move and walk and get up over and over again. He asked why would he want to do that. He also said he just hurt, and was dying.

Never wanting him to go into the hospital because being laid up for any amount of time would surely hinder his ability to walk, we stayed with him day and night. He needed to be hand fed a couple of times and his abilities were going in and out.
Things became so difficult at this time the family agreed that his care was more than we could or should handle. He exhausted three family members and we were worried someone could get hurt from trying to deal with 24 hours a day of literally chasing and catering to his impatient and demanding restlessness.
Three days later, we took him to the emergency room, where he slept and acted perfectly normal, he wasn’t admitted but diagnosed with a broken rib from a previous fall and a prescription for Ativan, which made him stumble around even more.

Still unsure as to where to get help we called his primary care doctor who prescribed Zyprexa which again made him stumble around during his constant insisting to get up because of his restlessness.

Finally he had a huge uncontrollable outburst of anger, at 2 a.m. after an exceptionally good New Years Day, about an incoherent delusion. Several attempts were made to calm him down. We made our own diagnosis from the internet searches that this was probably Lewy Body Dementia. We called the ambulance to finally keep not only him but us safe from falling and lifting concerns and to protect the children from a violent outburst or seeing him leave in an ambulance.

The doctor at the hospital deemed him so demented that he should not be sent home even with our care. While there he was unable to stand, walk, speak, self feed, and at times would drool and lean, all of this with severe agitation. The psychiatrist called in prescribed Seroquel and Aricept. He was placed on pureed food for swallowing within a few days. The old fashioned antipsychotic Haldol was used for outbursts which gave him horrible hallucinations believing that dreadful things were happening to him by the hospital staff. Our family kept insisting not to use the neuroleptic Haldol for fear of Parkinsonism side effects. Finally I asked that his chart include an allergy to Haldol and other Neurleptics. One young nurse who was filling in and didn’t understand his case, who was trying to keep him from throwing his legs over the side of the bed actually administered it a second time within 3 hours. We asked to have a neurologist called in and he switched him to Zyprexa and Depacote but kept the Aricept. He was in the hospital for one month waiting for nursing home placement. The family was afraid to visit him because he would get so angry and scream to be taken home.

After years and years of caring for him at home and never ever wanting to place him into a nursing home, there was no other choice. At the nursing home his symptoms remained cycling on and off. It was decided dangerous to even move him with two people assisting. Therefore physical therapy and occupational therapy was discontinued after two weeks. They began to use a hoyer to lift him. Hospice was brought in to attend after 3 weeks. The nursing home doctor discontinued Depacote, lowered the Zyprexa dose and also kept the Aricept. In the nursing home he experienced more rigidity, stuttering, lack of coherent speech, cognition problems and the appearance of tremors. The Celexa he was on for years at home was maintained at both the hospital and nursing home. In 10 weeks he lost over 40 pounds. The nursing home doctor added Xanax at the family’s request, then Morphine following a Hospice doctor’s advice.

He seemed calmer, stopped ripping his undershirt off while yelling out part of the night. He got very lethargic while eating and drinking less and less. On a Tuesday he had his 94th birthday with his family surrounding him while he slept sedated.
On Thursday there was a change in his breathing and he no longer was calling out during his care. The nurses and doctor said he only had hours or days left to live. A priest was called in for last rights with his family surrounding him while he lay unconscious.

He died on Friday evening March 30th after seemingly awake twice with his eyes open only a slit. Immediately following the second time he opened his eyes wider than they had even been at home. He seemed to be looking amazed at things, spirits or whatever at different intervals around the bed for 5 minutes or longer. Two horrible facial expressions while trying to breathe then closed his eyes and it was over. At his wake and funeral he was so handsome, finally calm and looked 20 years younger.

In the last 3 months of this disease so much was taken from him. He and his family were put through a terribly stressful experience. This cruel disease physically incapacitates the person. When awake is still completely aware and severely agitated, confused and scared.

We miss and love him and hope for others to never feel the ravages of this disease. 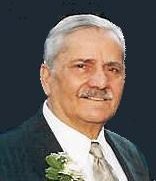