Lewy Body Dementia: The Artist Within

Sometimes the most fascinating people in the world to listen to are the ones who struggle to speak at all, whose body is crumbling, cheating itself of its once natural vigor and vitality, making simple communication the most seemingly insurmountable obstacle . The challenge thus, is to dig deeper to be heard, though their actual voices may not be used to convey their messages. My husband is one of these people.

Art suffers from Lewy body dementia (LBD), a heartbreaking disease that robs its victims of life’s most precious, basic daily functions that most of us take for granted. Words often fail him. But still, he speaks volumes, just not in the traditional sense of communication. Instead, my husband, Art, presents his most eloquent and profound voice through his stunning, transcending oil paintings. Whether a portrait, a landscape, or an abstract (on his most troubling days), we are left to  experience the simple beauty and compelling expression of his undeniably prolific talent.

What makes Art’s ability to paint so unbelievably amazing is the fact that his arms and hands are often wracked with uncontrollable tremors. How he attacks his oil paintings while battling these unsettling and harassing spasms is unabashedly fascinating and inspirational. Art uses a few tools to help him better steady his hands as he paints: an artist’s tool called a mahl stick, which has some bulk on one end to keep the artist’s hands from bumping the painted surface (in his case a significant threat) and aligns and guides his hand as he paints; a tennis ball, that appears to be speared clean through by a paintbrush for those days when his hands will not cooperate with gripping a small, fine paintbrush (stiffness of hands, legs, arms is also a distressing and inhibiting aspect of LBD). Art is able to place his hands more easily around the ball, bringing his fingers gently together to meet at the base of the paintbrush, allowing him more concerted control to continue diligently striving his focus on his innovative creations.

Ultimately, his single most significant tool-simply using his fingers to freely experience the virgin touch of the paint to the canvas to produce from his imagination a masterpiece of inordinate dimensions. These are often the more abstract, colorful, free flowing works for Art. Some might call it finger painting, I call it genius.

Art has a mission to paint everyday. Each day he awakens to reach deep down and uncover his talent by seeking his vision, his originality, and his imagination. When he was given this debilitating, degenerative, life shortening sentence of Lewy body dementia (LBD)–he could have curled up in a ball and withered his time away, angry and despondent. He could have given up. But instead, he reaches out daily to discover new meanings in life through his artistic abilities.

Painting engages him in life, and gives him a purpose. Without his painting, I shudder to think how he would have responded to life’s LBD curveball.The fact that he suffers tremendously from LBD makes these spirited gifts of art an astounding and treasured legacy. If you have been lucky enough to have been gifted one of Art’s magnificent works, cherish it, and know you were given a little part of his soul, and have played a loving part in his path that makes his endeavors all that much more powerful. 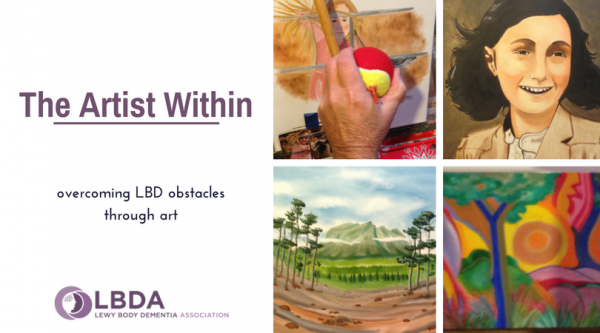 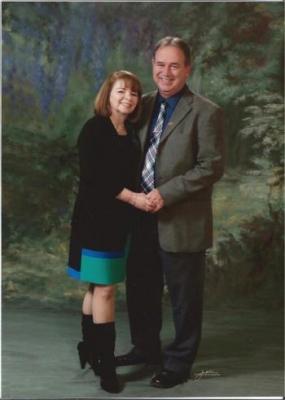