Lewy Body Dementia: One Day at a Time

Wednesday night I took the plunge and headed into the uncharted waters of a Lewy Body Dementia support group. I was thankful to have my good friend Leslie by my side for moral support—being a nurse, she brought her own sense of professionalism and expertise to our small group of caregivers. We were indeed a small group, six in all, far less than I had anticipated given the fact there are only two support groups for this disease in the state. I was the obvious newbie, and immediately offered the floor to share my husband’s story.

As I concluded my emotional saga and took my turn at listening, I was humbled, saddened, and ultimately struck by an immense sense of relief from those who are still coming to the support group, even though their loved ones had passed already. The meeting was more comforting than I anticipated, although honestly, I was not quite sure what to expect. I learned from other’s wealth of experiences as they have travelled this heartbreaking, and emotionally draining path with their loved ones; two having already lost their spouses, one whose wife was not expected to last even the week, and one with a parent still functioning fairly well with the disease at 87 years old. The consensus was that my husband was profoundly young to suffer the ultimate ravages of this disease.

My takeaways? Don’t trust that my loved one will never wander out on his own and scare the bejesus out of me, take care of myself (easier said than done), and that I am not alone in this battle (hence, the comforting aspect). I feel like I have gained a trusted new community, one who has walked in these very shoes before me, and can truly understand what I am going through these difficult days.

That was Wednesday night. Thursday night was a different story. Art loves a good soak in the tub, especially when the arthritis in his back and shoulders flares up, as it was Thursday all day. I have shared (rather strongly) my dislike of baths for him of late, in light of his imbalance and lack of physical stability. That being said, he filled the tub to the brim and climbed in to enjoy his steaming tub of de-stressor bath salts. With his book set up, and his reading glasses on, he was set to savor this heavenly time of relaxation. All was quiet for quite some time until I heard a sudden blustering crash from the bathroom upstairs. My heart skipped a beat as I instantly fled up the stairs with panic coursing through my veins…

As I dashed wildly into the bathroom I was met with the uncanny image of my seemingly peaceful husband lying back, eyes closed, body completely still, with his head against the back of the tub. If I didn’t know better, I would have sworn he had simply and peacefully drifted off into a restful sleep. But clearly this is not what happened. The scene before me felt eerily wrong. “Art! Art!” I screamed, to which he snapped up, and startlingly became fully awake. He had no idea what had happened, except that he had an instantaneous massive headache. Within minutes I had the ocean of water sopped up from the floor. I gently and quaveringly helped him out of the tub. I called my son Kevin, who dropped everything and came rushing to our aide. After the affirming call to the doctor, we were on our way to the local E.R.

I won’t prolong the agony of our experiences, except to say that the hospital personal was attentive and thorough. After a CAT scan and many tests, he was deemed to have no visible or detectable injury, thankfully. That being said, they cautiously encouraged us to leave him to be admitted so he could be “watched” overnight, just in case. Just. In. Case. Not comforting words. So Art was admitted, and we left behind a rather unhappy patient that night…

The next day I expected to simply take him home, as no alarming calls came during the night concerning his condition (you know, “just in case”), leaving me to believe he would easily be released come morning. But after the physical therapist examined him, the “release” papers skidded to an abrupt halt! The fall had taken much more out of Art than anyone had realized, as he struggled to even sit up. Once standing, he was barely able to walk ten feet from the bed, none of which was unassisted. That day he slept for nearly the entire time he was hospitalized. There was an effort made to have him admitted to a physical rehabilitation center, but due to several factors, it did not come to pass.

So by 5 p.m. we had secured the services of the same Visiting Nurse Association we had used last spring, was given a wheelchair (that went over big!) and a commode (which actually did go over big), and was allowed to leave the hospital with the understanding that Art would use the walker we had at home (which served no purpose other than as dust collector until now) and he would not be left alone until the physical therapist could improve his ability to walk.

So after that fun…ok, not so much fun, we are home. We have been blessed with friends who are willing to step up to the plate and stay with Art while I am at work, and for that I am so incredibly grateful. The V.N.A. came this morning-and we are entering a new and more frighteningly uncertain phase of Lewy Body Dementia (LBD). There are many more critical decisions that need to be made regarding Art’s care and safety, and we will be addressing them as a family—ASAP. I am not looking forward to seeing what this winter has in store for us, as I fear this was just the first of what will surely be more trips to the E.R. due to dangerous falls for Art, considering his poor mobility issues. Physical therapy can help, but it will not be a magic cure for his balance problems. This formidable fall set him back, make no mistake about it. The real test will be how he handles things emotionally in the coming days and months, as we move forward into the unknown waters of LBD.

Taken from my blog: https://modernmimi2.wordpress.com/2016/12/12/support-while-falling-without-a-net/ 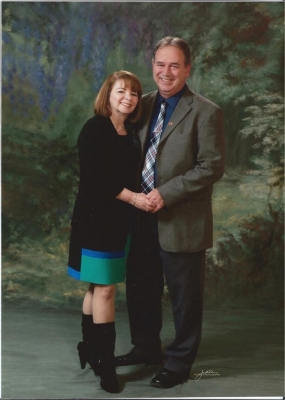