It looks pretty, too.

I awoke in the middle of the night to my Mom talking loudly.
When I arrived at my Mom’s bedside, she smiled sweetly at me and whispered, “Hi.” She was still tucked into her twin bed in the former dining space now serving as her bedroom. Typically, her greetings in the early hours of the am are often more of a frightened nature with stammered words and chattering teeth.
I responded softly, “Hi. What’s going on?”
“What do you think of this?” said my Mom. She directed me to the area next to her bed with a rolling of her eyes.
I had recently reconfigured the space where she slept to accommodate a lounge chair displaced by the relocation of my Dad’s hospital bed in the living room. On the lounge chair, I placed a soft, paisley throw. I positioned a recently purchased small-scaled nightstand between her bed and the chair. A stained glass lamp on the nightstand remains lit during the night so my Mom is aware of her surroundings should she awaken before daylight. It also provides caregivers a path of light to navigate to her bedside. In my humble opinion, it is a sweet, intimate space — especially in the evening.
Yet unaware that in my Mom’s mind we were not alone and she was not actually remarking about the decor, I said, “I think it looks really pretty.”
She responded, “But what about all of these people?”
“But what about all of these people?” I repeated in my head.
Despite my sleep having been interrupted, I am ever so thankful that I was conscious enough to know that I had a choice. I could take my previous default position and attempt to apply logic and reason. I could correct her. I could explain that it was just the two of us in her room. However, one thing is certain; both of us would feel bad in some way afterward.
Or, I could experiment with a coping mechanism that I heard mentioned during a wonderful segment on NPR. In the segment, a husband and wife team, caring for an aging parent, taps into their improvisational theater background and enter the world of their mom. They jump into the same scene, without a script. They roll with it.
And roll with it I did. I said rather assuredly, “I think they think it looks pretty, too.”
Without cause or concern my Mom then asked, “Where’s your father?”
I responded, “He’s asleep in the living room.
“Oh.” There was a bit of a pause and then my Mom repeated, “Where’s your father?”
Continuing to speak softly and ever so calmly I replied, “He’s asleep in the living room. Maybe you should try to get some more sleep, Mom?”
She responded calmly, “Ok. Nighty Night.”
“Wow, that was easy,” I thought to myself. My Mom was calm. I was calm. I adjusted my Mom’s blankets. She was fast asleep. I returned to my bed where I too was able to easily fall back asleep.
During this experience, my Mom was my “old” Mom. She was not frightened. She could hear me at a whispered volume. And, she had uttered the good night sentiment that I have heard since childhood.
And, I was a new version of my former caregiver self. I did not attempt to correct her. I did not apply logic and reason. I did not stress out. I did not state that we did not have any “guests” in the house.
I am truly thankful that I gave the improv approach a whirl as my response — “I think they think it looks pretty, too.” — to her query was followed by peace instead of agitation and frustration. My Mom and I both rolled with it. She did not think that I was merely amusing her to get her to fall back asleep. And I did not give her the impression that I was being anything but genuine as I truly do think the space looks pretty.
Something tells me that logic and reason will attempt to rear their ugly heads again. If they do, I will take comfort in knowing that a little bit of improv goes a long way. 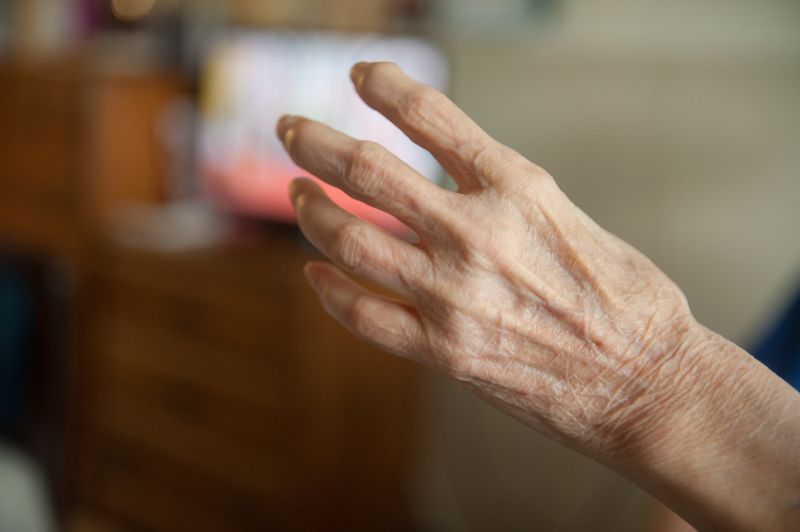