For Better, For Worse

When Ted came home from his brother-in-law’s funeral several years ago, he told me that he wanted us to leave for Europe as soon as possible. His sister’s husband was six months from retirement when he was killed on the job. All their travel plans they put off would never happen.

Although I know he was filled with grief, I reminded him that I didn’t even have a job. It didn’t matter, he said, we’ll make it work and he was right. Because of his insistence over the next few years, we were able to travel to all the places we really wanted to see…Greece, Italy and most of Western Europe before the Lewy Bodies overtook him. Looking back now the memories and pictures of our trips and his desire to ensure we had those experiences together are what keep me going at time when the man I married is no longer present.

The man I married was joyful, adventurous, gorgeous, fun, funny, kind, loving, generous and the best dancer ever! People loved him immediately – women and men. He just had this aura that generated instant attraction. When we first met, he literally knocked me off my feet opening a door. He still knocks me off my feet, just in a different manner.

When he starts that little step motion and starts going forward, I am there to catch him. Most days, he has no idea of where he is or who I am. The other day when I was giving him his shower he asked me how long I had been working at this place. When I said 27 years, he only responded with “oh.”

I keep going because I have to. I keep loving him because he loved me more than I could understand. For better or for worse, that’s what he said. He was always there for me, always loving me, always believing in me. Our love changed from complete and total infatuation to a deep, comfortable love. Arguments were rare, constant discussions were often. We genuinely loved each others company, each others thoughts.

So, I keep changing pull-ups, wiping up when he thinks the dog dish is the toilet, keep hugging him when he has no idea of who I am but wonders why his wife (that would be me) lets me get away with hugging him, comforting him when we have homeless people in our garage when they’re not really there, letting him rearrange all the cushions on the couch and then putting them in another room…because I have to….for better, for worse…that is what he always said and that is what I meant. 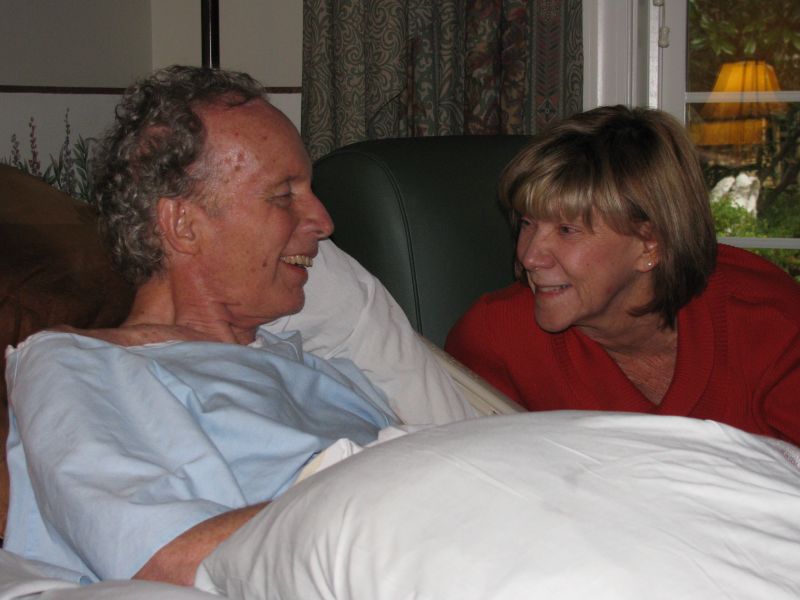