A while back, Our teenage son had a pretty emotional moment. He was trying to talk to his daddy but he wasn’t making any connection with him. His daddy just stared off in a gaze. Sean kept saying, “It’s your son, Dad! It’s me, Sean!” Sean holds a lot of his pain inside as many males do but his daddy’s dementia has been tough on him. “B” was a very ‘hands on’ daddy and really doted on the kids. Our daughter was always a ‘daddy’s girl’ and our son was closer to me. However, they had developed a really strong “guy bond” a year or so before the onset of the LBD. They started taking boy trips together, camping and going to Alabama football games. It was special to watch.

I’m thankful they had that special time to connect. But I think it has made this time especially difficult for Sean because of his youth. I know when he gets older he will appreciate it so much more.

But this day, in his pain, he broke down. The emotions were overwhelming and it just broke him. He was sobbing in the middle of the room. At that moment, something connected in “B”. He walked over and wrapped his arms around him. The two of them sobbed together.
It reminded me of a movie I watched as a little girl called “The Little Princess”. The daddy is suffering from a brain injury from war and he doesn’t recognize his daughter. She begins to cry and says over and over, “It’s me, Sara! Don’t you know me daddy!” That emotion and her cries brought the daddy back to her.

I know that was just a movie, but, I truly believe there is something within us all parents that will always connect with our babies. Even though “B” can’t always show that and sometimes forgets who the kids are, they are always deep within his mind and heart. He connected with Sean at just the moment it mattered most. ♥ 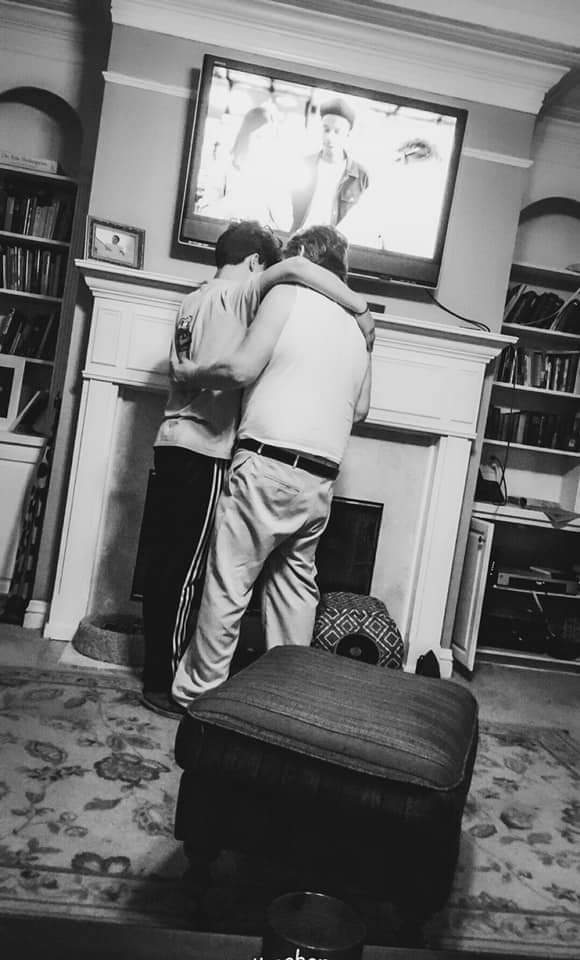