The University of Rochester RCOE is part of the Department of Neurology’s Movement Disorders Division, which is committed to conducting high quality research, delivering patient and family-centered care, support, and education to those affected by movement disorders, including Parkinson’s disease and related parkinsonian conditions. The movement disorders clinical and research centers are integrated and currently include six movement disorder neurologists, one neuropsychologist, three movement disorders fellows, two nurse practitioners, two RN’s, one social worker and five research coordinators. The movement disorders division faculty and staff collaborate closely with those in our Memory Care Program as well as the Centers for Human Experimental Therapeutics and Telemedicine. The comprehensive approach to patient care in both the movement disorders and memory care programs includes access to formal neuropsychological assessment, cognitive rehabilitation and speech therapy in our Integrated Cognitive Rehabilitation Program in the Department of Physical Medicine and Rehabilitation, psychological and psychiatric care through our Older Adults Service in the Department of Psychiatry, Physical and Occupation Therapy, and case-management and counseling with social workers.

Dr. Richard, Professor of Neurology at UR serves as Director of the Parkinson’s Foundation Center of Excellence and the Movement Disorders Fellowship Training Program. She received her MD from Yale University School of Medicine in 1991, completed a neurology residency at the UR in 1995, and then joined the UR Faculty in 1997 after completing an NIH-funded fellowship training in Movement Disorders and Experimental Therapeutics. She cares for patients with movement disorders such as Parkinson’s disease and related conditions. Her primary research is aimed at better understanding of psychiatric and cognitive symptoms in these disorders to develop effective treatments. 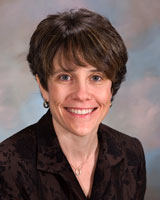 Miriam Weber, PhD, is a clinical neuropsychologist with expertise in cognitive aging and dementia. She is the lead clinical neuropsychologist in the URMC Memory Care Program and the URMC Parkinson’s Disease and Lewy Body Dementia Centers of Excellence. Her research program aims to clarify how hormonal changes during critical periods in the female reproductive life cycle might increase the risk of cognitive decline in later life. She serves as co-investigator on several studies of cognition in healthy older adults those with Parkinson’s disease, dementia with Lewy bodies and HIV-infection. 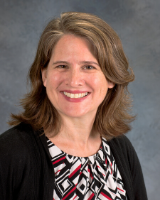 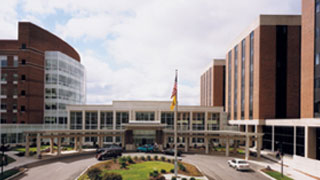