The Research Center of Excellence is located in the Cleveland Clinic Lou Ruvo Center for Brain Health (LRCBH) on the Cleveland Clinic main campus, which provides diagnosis and ongoing treatment for patients with various neurocognitive disorders. The center is comprised of a multidisciplinary team of two behavioral neurologists, one geriatrician, one geriatric psychiatrist, two neuropsychologists, and three advance practice clinicians, in addition to a dedicated nursing and administrative staff. The team at the Cleveland Clinic has extensive experience with the treatment and management of patients with LBD. The center also has a full-time social worker to provide support and advice to patients and families in the clinic and runs a monthly LBD support group. In addition to the clinical staff, the research department is led by a research supervisor, three research nurses, 11 study coordinators, and two research assistants.

Dr. Leverenz is the Director of the Cleveland Clinic Lou Ruvo Center for Brain Health, Cleveland. He is a board-certified neurologist and has committed significant time over his 25 years of clinical practice to the clinical care of patients and their families with DLB, Parkinson’s disease, and Parkinson’s disease dementia. He has a long history of research interest in LBD, publishing his first paper on the co-occurrence of Lewy body and Alzheimer’s disease pathology in 1986. Dr. Leverenz is currently the principal investigator of the Dementia with Lewy Bodies Consortium, a NIH/NINDS/NIA funded U01 project to longitudinally characterize patients with DLB or with a high likelihood of developing DLB. He has served on the LBDA Scientific Advisory Council for over 15 years and as the Chair of the Council for the last eight years. 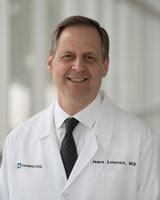 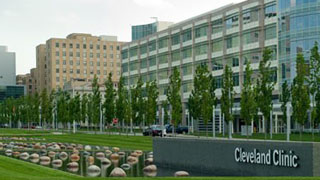