Dad was such fun, even the Lewy Body dementia didn’t take that sparkle from his eye right up until near the end. He passed away January 10, 2011. It was a slow progression, almost seven years from it’s noticable onset although in hindsight I see things now which I didn’t pick up on at the time. His last three years were spent in a care home, thankfully I lived close enough I could go see him regularly. It was usually harder to think about going, than the actual visit was. His hallucinations were very vivid to him, and quite frightening as they were usually people that he thought were coming in to do him harm. Then in the last year before he died that seemed to ease off and it was his siblings (deceased) who he thought were there visiting him. He would talk to them and truly believe they were there, he quite enjoyed those visits! At first this disturbed me, then I accepted that it was best to just be glad he was enjoying it. He died at age 86. Herb was loved. 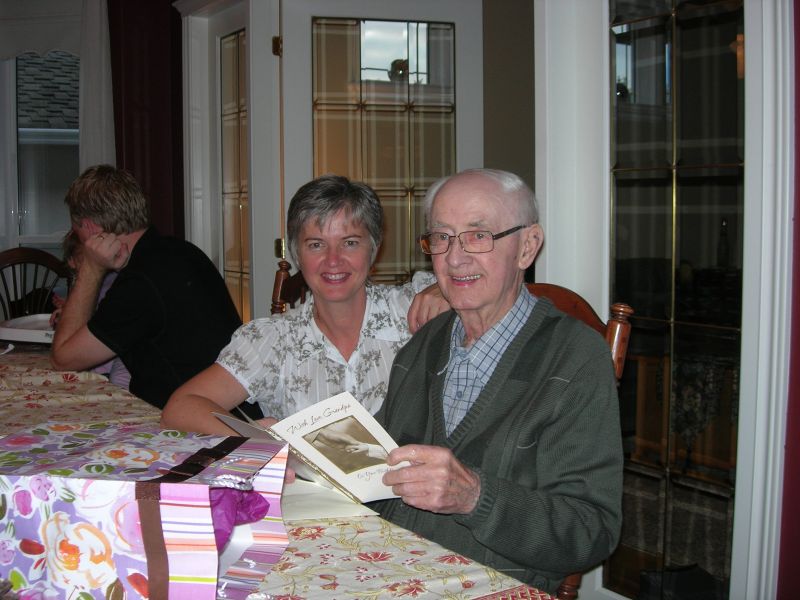