My mother was diagnosed with LBD in 2011 after having been first misdiagnosed with Parkinson’s. She first had issues with balancing her checkbook and eye problems both that we thought were caused by her depression and glaucoma.

Not long after that she started getting “lost” when she was driving and she thought she was having seizures.Then she started “seeing ” bugs and mice in the house, which we couldn’t find. Then a dog which made me panic as I knew then there was something wrong.

The hallucinations and fighting continued to get worse and she would call her life line and 911 often, even though my sister and her family moved in with her. Eventually, she kept falling and hurt herself and we had to get her into assisted living.

From the first 6 months she was in the first home, she lost 29 lbs and could no longer walk. They were not feeding her, and she had no eye hand coordination. She went unresponsive and thought we were losing her. But she came back to us, and then we found an opening in a much better facility where she was given comfort care for the next two years.

My mother was a beautiful mother and grandmother and Gigi and this disease destroyed her and our family. It devastated us as we watched her slowly dying before our eyes!

The morning that she passed away (Oct, 31, 2013 Halloween) she was in for breakfast and told the nurse not to feed her breakfast as she was picking bananas with Gerry (my dad who passed away from cancer in 2002). So they took her out in the hall to get her ready for her bath and when they turned to look, she was gone. My dad came to her and took her home to be with him and Jesus! It was heart breaking as none of us were able to be with her when she left us. But the nursing home brought her into her room and let us spend a couple of hours with her and took very good care of us.

I am lost without my mother, and my best friend! And miss her every day!! She never accepted the diagnosis which was very hard for me. God bless those who are still fighting this disease!! And may there be a cure found soon!! 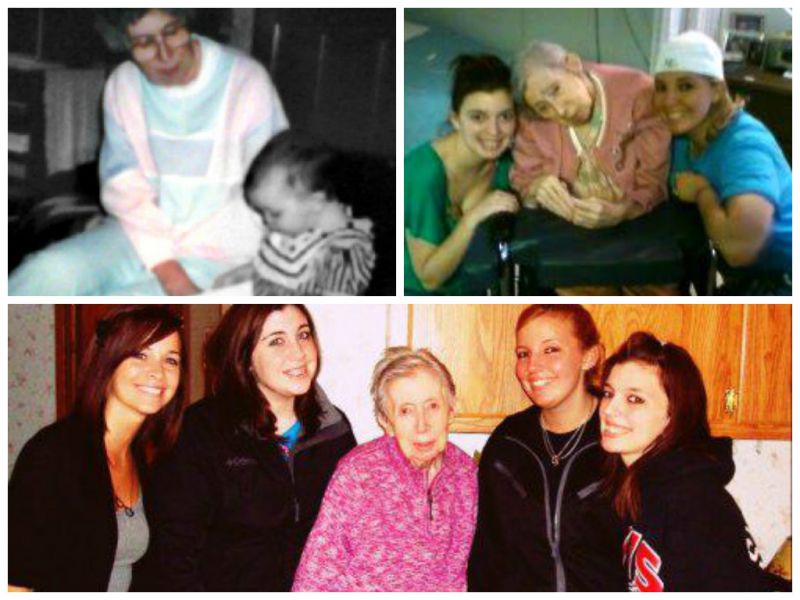