In Memory of Ruth

After six frustrating months and four doctors we finally found a doctor at Penn Medicine in Philadelphia, who we were told was one of the leading doctors in dementia.  I knew that something was different about her and I believed that it was something more than Alzheimers.  The doctor gave us the diagnosis of Lewy Body Dementia and we were greatly relieved to finally have an answer.  It was also very comforting to know that we were in the best of hands.  Later when he asked her if we wanted to enroll in his research program Ruth immediately said yes.  She felt good that she could help to make a contribution to the treatment, if not cure, for her disease.  It gave some degree of meaning to her disease and to her life.

Then there was the day that he asked if we would agree to a brain autopsy after her passing.  Again Ruth agreed.  I can remember the day like it was yesterday.  We were driving home and she reached over and held my hand.  It was the culmination of the realization and acceptance of the finality of her illness.  The drive home was over an hour and during that time we drove in silence holding each others hands.  It is difficult to describe, and strange as it may seem, that was one the most precious moments of our marriage.  The autopsy was to be her crowning achievement of a life well lived.

I urge all to seek the opportunity to make brain donation to research and give meaning to your spouses illness and life. 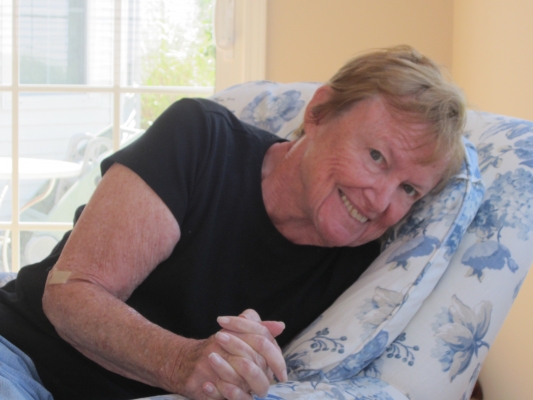