My mother, Evelyn, was recently diagnosed with Lewy body dementia. She had always been a very independent lady and lived by herself ever since I was married in 1988. She was an Avon Lady for over 30 years, able to drive everywhere and was a very friendly woman who knew all her customers and their families. She climbed on ladders to fix windows and paint house trim, she gardened and would drive up to Maine to visit her long-time friend and her husband, Una and Jim. I would go to her home almost every weekend to help take care of the more physical chores around her house. Things started to change about two years ago and went so far as to put a note on her TV that told anyone who came in at night, not to use her TV. She saw two girls sitting at when she started hearing “people” knocking at her door in the middle of the night. We thought, at first, it was neighborhood kids… but looking back now, we realize it was part of her declining mental health. She had an obsession about mice in her house and would see them in the back hall and in the garage. She would see them in the sink drain, running across the curtains and across her while she slept. She would also tell us that they left footprints on her couch and would leave newspapers on the couch so they would not go up there. She also told us about mice droppings in her orange juice that was stored in the refrigerator. There were no mice. She would tell us about people watching her TV late at night her table one morning and did not eat her breakfast for fear of disturbing them. We all thought it was due to her blood sugar dropping, but when we were being called at all hours of the night and she was getting more and more irritable, we had to look for answers. Her primary care physician gave her a referral to see a neurologist. It was the neurologist who confirmed our suspicions that it was more than just her blood sugar. She had Lewy body dementia.

It’s been a difficult road this past year and a half because we did not know what was going on. We had acquired some part-time help for her at her house. The young girl who came in would do light housework, laundry, help her dress and get her lunch. We would drive to her house and try our hardest to rid the house of the “mice” and “children” she insisted were there. We set up a schedule where she would have someone at her house every day and set up her medicine each Sunday in little day-containers. However, as the illness took its hold, my mother was less and less capable of taking care of herself. She would forget her medicine, not eat the meals we brought to her and there were a few scares where my aunt (my mum’s sister) found her on the floor. After seeing the neurologist and getting a diagnosis, we found a nursing home that could take care of her. We still visit her often and there are very few days when she has no visitors. She has only been there about six months and she still insists she can go back home alone. She goes back and forth between being my mum: Gramma Evelyn and to being an irritable, irrational woman who insists on being negative. She can go from happily making a puzzle with you to telling you stories about how the staff have loud parties and have sex with each other in her bed. It’s a terribly frustrating disease and all I can say is that when you are happy and telling her funny stories, she’s okay… but once you disagree with her, or try to have her see something rationally, she is no fun to be with and can make your visits there very difficult. 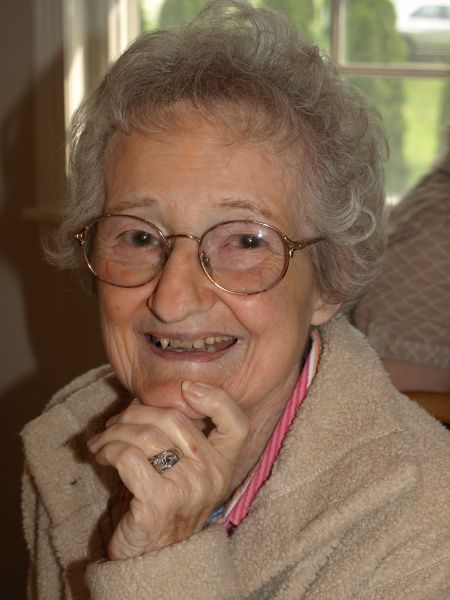