It’s been years since my father passed away but I still remember the day I saw the words Lewy body. A few weeks ago I received an email from the Lewy Body Dementia Association about a benefit 5k run. I read about the run and signed up for the newsletter. I saw the stories people were writing and was encouraged by the advancements that were being made. I then decided to submit my dad’s story.

The summer of 1994 my family and I were visiting my parents in their home in Kansas. One afternoon we decided to inspect their television antenna that was mounted on the roof of their home. Gene, a very good friend of my parents came over to help me. Afterwards Gene got me alone and told me he was concerned about my dad. I replied in what way and he said his memory was failing and his mental “sharpness” was gone. I laughed and reminded Gene that Dad was getting old, mid 60’s, and it was probably normal to be experiencing some mental decline. He firmly insisted it was more and that I needed to talk to my mother about it. The next day I did have a conversation with my Mom when we were alone. She confirmed very sadly that Dad was having some mental confusion. She had been trying to cover for him but when playing cards with Gene and other friends it was hard to hide. He was retired from education where he began as a football coach and math teacher and ended his career as a Superintendent. For a few years prior to him retiring my parents had painfully watched their only daughter fight a courageous battle with breast cancer and finally lose that battle. They helped Susie with her two daughters while she was sick and after her passing. At the time I had never seen two people so deeply hurt as Mom and Dad were. We all were grieving but it was very painful for them.
What were the reasons for the mental slide? My first thought was from his broken heart.

Then I began to think about all the stories he used to tell me about playing college football for both Coffeyville Junior College and the University of New Mexico. He was a guard and numerous times took blows where he lost consciousness and sometimes finished games with little memory of the game the next day. Then there were the boxing stories from when he served in the Navy. He fought in the heavy weight division and often while his buddies were congratulating him for fighting a good fight he would have to ask them who won, and in some instances it was because he had been knocked out. So, I had it figured out! All those concussions had resulted in a brain injury that was just now showing up. I figured the doctor could do a cat scan and confirm this and the problem could be corrected. The doctor did do a cat-scan and a variety of cognitive testing and concluded dad was suffering from dementia probably caused from Alzheimer’s! This was so hard to swallow but I began frantically researching all I could and concluded it would be a very destructive progression and a very difficult path. We began looking realistically what the future could look like and decided to move them from Kansas to Midland Texas where we lived and home to Manor Park Village, the very best retirement community one can find anywhere.

His battle did progress with Cognex and Arisep helping his mental state slightly and soon we realized something was different. A lot of the Alzheimer symptoms we had read about were not showing in him. He was calm, pleasant, never violent, never trying to flee but confused and definitely struggling. At one point when his care was approaching the point when we could not care for him at home he entered the Alzheimer facility at Manor Park. Then it was quite obvious that his progression and demeanor was not exhibiting the typical Alzheimer patient.
We found a study in progress at Texas Tech that was studying Alzheimer’s. We contacted them and entered into their study. We agreed at the point when Dad passed away to allow them to autopsy his brain to further their research. In our minds it would be our families contribution to helping find a cure or help understand the disease. Also I was still holding on to the possibility they would find an old brain injury.
Dad passed away in November of 2001. We contacted the study group and they conducted the autopsy. We received the results and this was the conclusion.

The criteria are those of dementia of the Lewy body type with numerous Lewy bodies present throughout the brainstem and cerebral cortex. However, the hippocampus is severely involved with tangles of the Alzheimer type. Such areas also show presence of Lewy bodies. As noted by Ince and co-workers, quantitatively there is a significant degree of Alzheimer type pathology in hippocampal formation and adjacent entorhinal cortex in cases of senile dementia of the Lewy body type. However, senile dementia with tangles typically affects the hippocampus and amygdaloid area with little or no change elsewhere in the cerebral cortex, but is associated with neurofibrillary tangles with the brainstem. In this case the substantial negra is severely depleted of neutrons but contains fewer tangles, whereas tangles are present in the medulla. Thus, in part, the pathology is that of senile dementia with tangles affecting the limbic system of the nervous system.

It should also be noted that this case represents the single most form of Lewy body type dementia currently present in our collection. Senile dementia with tangles typically has an onset in females over the age of 80, whereas this patient is male and died at the age of 76. Briefly, then without further data, the case is thought to represent the most striking example of senile dementia of the Lewy body type currently in our collection.

I would like to note that nobody in our family had ever heard of the name Lewy body until reading this report.

Our family has not had any further contact with this study but it is comforting knowing that Lewy body dementia is now diagnosed and recognized as its own dementia type and the treatment is tailored specifically for the patient. Certainly the knowledge of Robin Williams suffering from Lewy body disease is also bring more attention to this type of dementia. 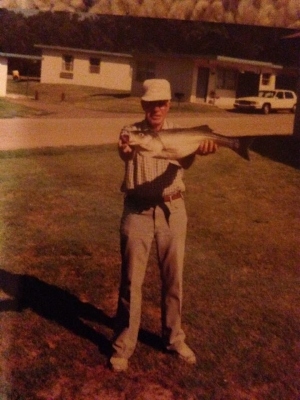 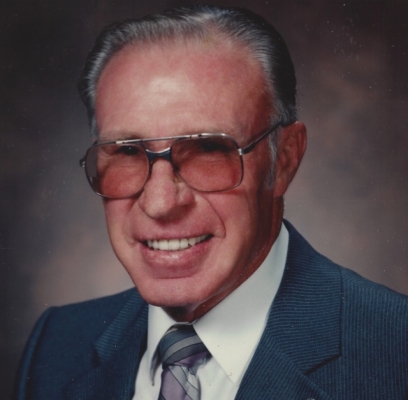