Caregiving for My Wife

My wife Maria recently passed away on January 8th, 2017. It began in 2007 after I noticed she was having trouble walking. She had suffered a stroke in May 2004 but had completely recovered, or so I thought. We went to a neurologist who diagnosed her with Parkinson’s. She was given a medication, and for the first 4 years it seemed to be working at keeping her symptoms under control. That all changed suddenly in August 2011. Out of the blue she started accusing me of stealing her money and that I was supporting another family. These accusations were later accompanied by her staring to talk to pictures of dead relatives.
​
This went on for a few months until one day she started yelling at me and hitting me. I tried to calm her down, but I finally had to call the police. They took her to psych unit in San Diego. She stayed there for 10 days.

When she came home, all seemed better for two months. Then she started saying there were people living inside our couch and that one of them was my mistress.

Now she was also having terrible Panic Attacks like I had never seen in my life. I took her to the emergency room who held her there until they could find her a bed in a skilled nursing facility. These episodes repeated themselves for the next five years. She was rotated between a facility and home with every episode getting worse and worse.
I told many of her doctors that this didn’t look like Parkinson’s anymore. They shrugged it off as reactions to her medications. Toward the end, Maria had become totally paralyzed from the neck down. She was placed in Hospice at our home December 18th, 2016 and was gone in three weeks. She was just 62 years old. Maria was a very loving and energetic person who had started her own business here in Coronado.

What I witnessed during those last few years was the cruelest and horrifying downward spiral I could ever imagine. This disease is one of the most underreported and confusing diseases in medicine. However, my wife never gave up fighting it. She was the bravest person I had ever known. Had it been me, I might not have had the strength to keep fighting for as long as she did. I miss her every day and hope someday a cure can be found. 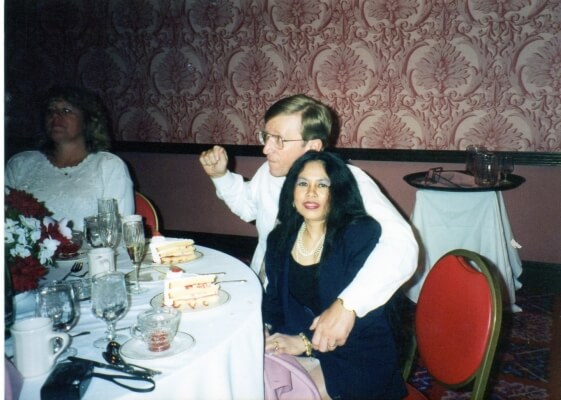